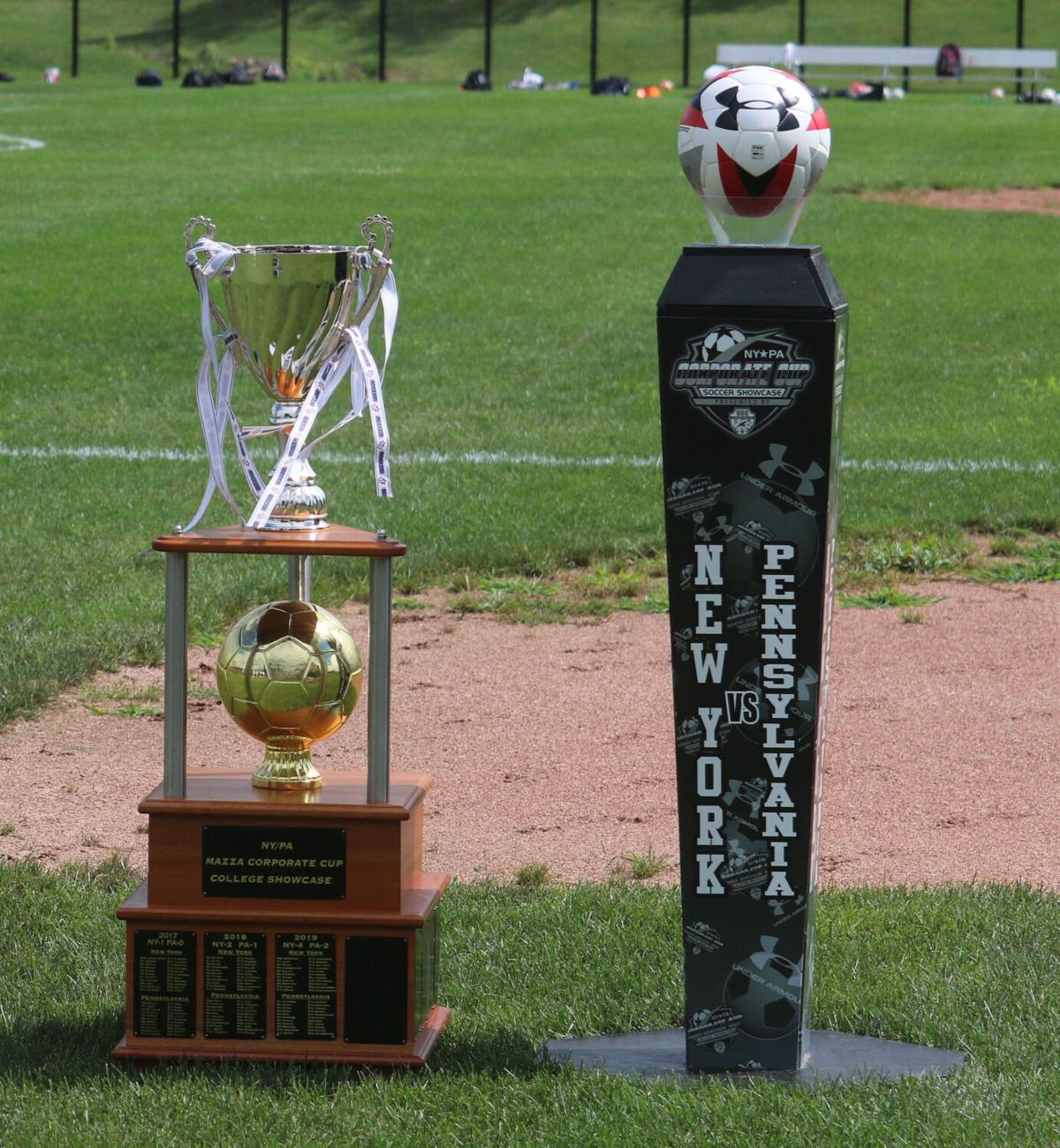 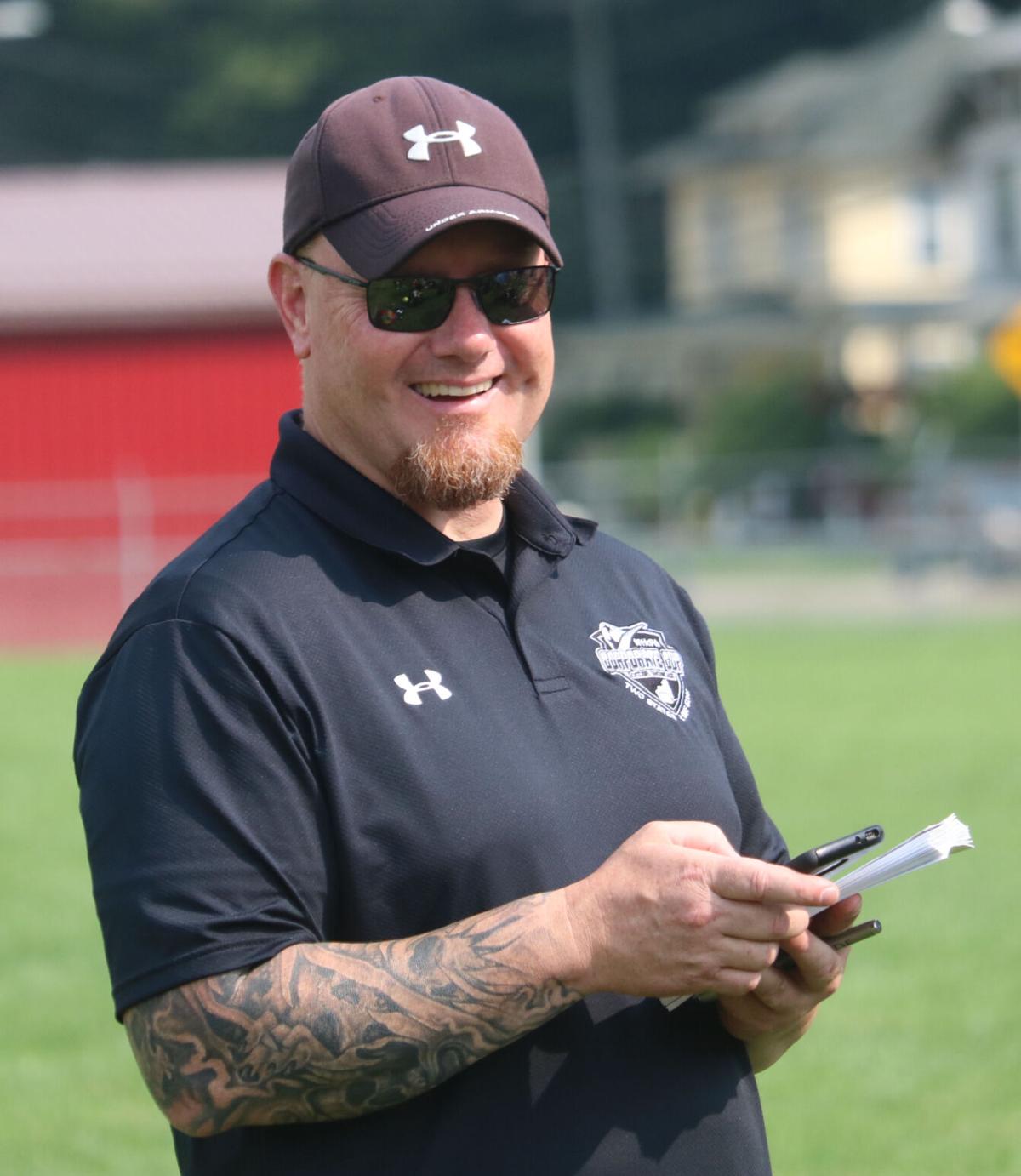 The region's most talented players will take to the pitch Sunday at the NY/PA Corporate Cup Soccer Showcase at Bradner Stadium in Olean, New York. It's a must-see for area fans of the sport and an event that may just get novices hooked.

The Pennsylvania girls will take on New York at 5 p.m. The boys will square off at 8 p.m. Admission is free. It is the fourth game for the ladies and the fifth for the gentlemen.

Fans will be treated to great soccer and an electric atmosphere that includes magnificent pregame ceremonies giving it a World Cup feel. You'll be dazzled by the introductions as players emerge from the tunnel through the smoke, lights, and lasers while being accompanied by area youth players to the sound of pump-up music.

"It's always been more than a game. We can have the kids show up, give them a shirt, and have them play a game, but, we've always wanted more than that," said Kris Linderman of the Olean Soccer Club, a co-founder along with Dave Talbot.

"It's going to be a great day. I think people are going to really enjoy the festive atmosphere. We've added the lasers, lights, and confetti that are going to add to the excitement. I think people will find it really cool. We want everybody to be proud to be in it and proud to watch. That's always been our intent," Linderman added.

"We always wanted to have the best players on the field for these games, and I think we've done that. The best players aren't necessarily seniors. And the product you will see on the field is pretty much just that. We've always felt if you're old enough to play on a varsity team, you can try out," Linderman said.

The intensity ratchets up once the action gets underway.

"This is not an exhibition game to the players and coaches. They want to win the Cup. So they take the practices and game seriously. It's a testament to them," the co-founder said.

The winners are presented with the impressive “Cups”.

"I don't think the general public realizes how big the trophies are. The boys' is 51 inches, and the girls' is 54 inches and weighs around 50 pounds. It's so cool to see the players hoist them and having fun after winning," Linderman said. As a reference – the NHL Stanley Cup weighs less than 37 pounds.

"The best players in the area are competing in two games. We want to see 1,000 fans in the stadium. I think those that come will find the drive will be worth it. We're going to make this the best event we can," said the co-founder.

In general, Linderman feels the interest in the Showcase and soccer has grown since the first was held in 2017.

"I think if you had asked me that question the first year, my answer would be different. But, we're seeing more interest, not only in the numbers of players trying out but in the social media following and the interest in the game. I feel the popularity of soccer is growing. We all know football was always the huge sport in Pennsylvania, and soccer was the ugly stepchild. But, I see it now definitely more popular than it was," he said.

Food trucks will be on-site and a great selection of Corporate Cup merchandise will be available. In addition, the pregame festivities and contests will be live-streamed on the NY/PA Corporate Cup Soccer Showcase Facebook page for those unable to attend (view by liking the page). You can also stay updated on the group's Instagram, and Twitter feeds.

Sorry, there are no recent results for popular images.