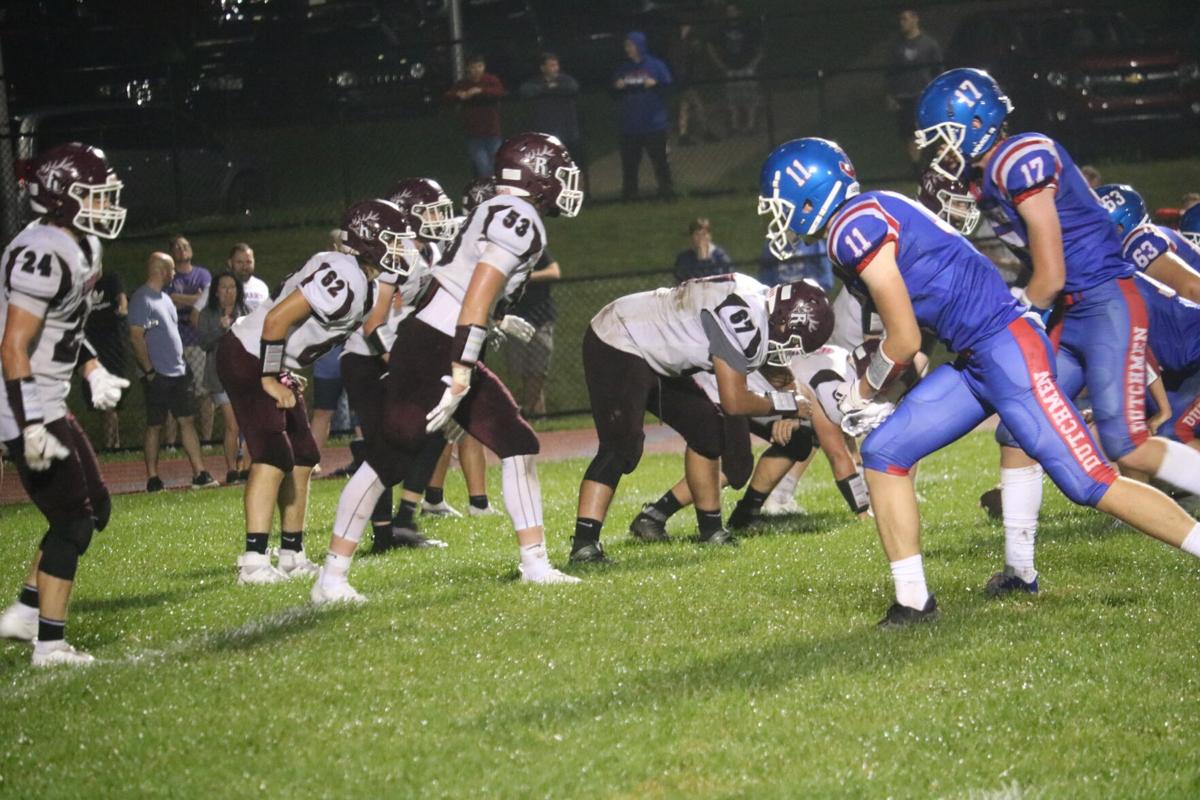 The Elkers defense will look to keep the Wolves in check tonight in Ridgway. Both teams are 1-0. The Elkers held St. Marys to four yards rushing and 121 through the air in their 24-7 season opener. The Wolves beat Moniteau at home 21-6. 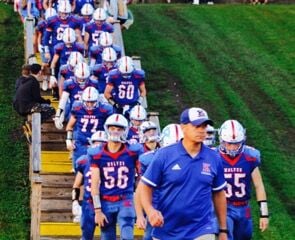 Kane head coach Todd Silfies leads the Wolves onto the field prior to their 21-6 week one home win over Moniteau.

The Elkers defense will look to keep the Wolves in check tonight in Ridgway. Both teams are 1-0. The Elkers held St. Marys to four yards rushing and 121 through the air in their 24-7 season opener. The Wolves beat Moniteau at home 21-6.

Kane head coach Todd Silfies leads the Wolves onto the field prior to their 21-6 week one home win over Moniteau.

Since the merge of Johnsonburg and Ridgway, the once fierce rivals have found a new one in tonight's foe - Kane – winners of five of the eight meetings since the Rams joined the Elkers in 2013. The teams both won their openers last week.

Things were bitter between Ridgway and the Paper City back in "the day" - things are a little different with the Wolves who visit Memorial Field Park (7 p.m.).

"Rivalries are sometimes built out of disdain, but I think we've got one built out of respect," said Kane head coach Todd Silfies who was an assistant last year to Jim Hillman two years after stepping back from the program following the 2017 season. "We have respect for their program, and not only for coach (Mark) Heindl but all the coaches that they have over there. They've got great coaches all over the field, coaching all their position groups. So, they're always prepared, and it's always a doozy."

In Kane, Silfies refers to it as "Ridgway Week," the Elkers feel the same about the Wolves.

"We have the utmost respect for Kane, you know, not only for the players but the coaches and the school district. We told the kids Monday; this is your true rival. So, it doesn't matter what the records are or what kids are on either side; it's a knock-down, drag-out football game from start to finish. That's the way you want things to be with a rival," said Heindl.

Last year, the teams were to meet twice because of the COVID situation, but the Oct. 23 game was not held because Ridgway played at Brookville in the District 9 playoffs.

The Elkers were 24-7 winners at St. Marys last week, and the Wolves took care of Moniteau 21-6 at home.

"We hope to stay balanced. Naturally, there were some first-game jitters and mistakes we made on both sides of the ball. So, I think the biggest thing now when you play in a game like we're playing in week two is how we work those out and who can make up the most ground during the week. There were a lot of things we needed to focus on this week, but there were a lot of things we were proud of from last week."

On playing in Ridgway – "It's a tough place to play for a number of reasons. Of all the places we play, we know it's tough there because there's always a good team waiting for us. So naturally, with a full crowd, it's going to be a great atmosphere for a high school football game. We know we'll have a lot of people there, and they always have great fans."

"The kids understood that you have to have a great week of practice, and you have to make sure you do all the little things correctly. So that's one of the things we stressed last week, and the kids took advantage of that throughout that football game. The kids realize that was last Friday, and this is a whole new week and a whole new beast of an opponent in the Wolves."

Sorry, there are no recent results for popular images.